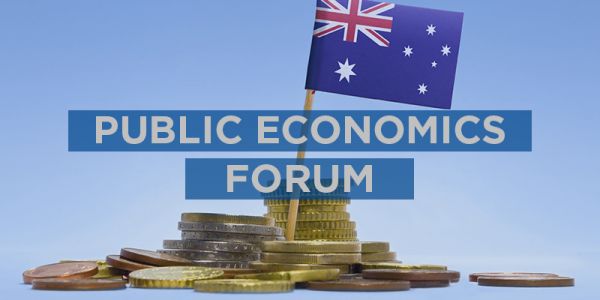 Australia currently spends around $4 billion per year on its aid program per annum. At 0.21% of national income (or $160 per person per annum) this places Australia around 19th in the OECD in terms of its aid-GDP ratio and well below the European Union average of 0.47%.

Is Australian aid having its intended impact? Is it worth it? Should we spend more or less?

At this Public Economics Forum, our special guest speakers will explore these questions from a range of perspectives including altruism, poverty-alleviation and the welfare of our neighbours; trade and economic benefits; regional security and cooperation; and global influence.

Following presentations from the speakers, Managing Editor of The Australian, Ms. Helen Trinca will moderate an insightful panel discussion providing you with an opportunity to engage directly with the speakers.

Group Discount Pricing for 4 tickets or more: $100 including GST

Regular Pricing from 5 October: $120 including GST

Registration is essential, register online by clicking on the 'Book Now' green button.

Philip Green is the First Assistant Secretary of the Department of Foreign Affairs and Trade’s US and Indo-Pacific Strategy Division. He served as Australia’s High Commissioner to Singapore from 2012 to December 2016, and then worked on South-East Asia affairs in 2017.

He previously served overseas as High Commissioner in South Africa (2004-2008), and in Kenya (1998-2000). Mr Green has also held a number of senior positions in Australia, including Chief of Staff to the Minister for Foreign Affairs and International Adviser to the Prime Minister. Mr Green holds a Bachelor of Arts with First Class Honours and a Bachelor of Law from the University of Sydney. In 2002, he was awarded the Order of Australia Medal for his role in the response to the Bali terrorist tragedy.

Brendan Sargeant is Honorary Professor, Strategic and Defence Studies Centre Coral Bell School of Asia Pacific Studies at the Australian National University. He is currently Acting Principal at the Australian Command and Staff Course. He is the Independent Chair of the Audit and Risk Committee of the Department of Foreign Affairs and Trade. He is an independent Member of the Project Control Board for the Department of Human Services ICT and Business Transformation Program.

He retired from the Department of Defence in October 2017. From September 2013 to October 2017, he was the Associate Secretary of Defence. Prior to that appointment he was the Deputy Secretary Strategy. As Associate Secretary, he was responsible for oversight of the implementation of the First Principles Review, a major reform of Defence organisation and enterprise governance, planning, performance and risk management. He was principal author of the 2013 Defence White Paper.

Professor Lisa Cameron has over 20 years’ experience in conducting evaluations of social policy and programs affecting disadvantaged groups within Australia and in developing nations such as Indonesia, Laos and East Timor. Professor Cameron has extensive experience collaborating with governmental and non-governmental policy-makers on projects that seek to understand the factors influencing health and wellbeing in groups experiencing marginalisation and disadvantage. Professor Cameron has led randomised controlled trials of health and poverty alleviation interventions with funding from the Australian Research Council, Gates Foundation, World Bank, and Australian Government’s Department of Foreign Affairs and Trade. Currently, Professor Cameron is leading a NHMRC research project examining the mental health and social and emotional wellbeing of Indigenous Youth in the Northern Territory.

Helen Trinca has had a long career in Australian journalism including senior writing and reporting roles. She is managing editor of The Australian and editor of the paper's monthly business and management magazine, The Deal.